ANNUAL GENERAL MEETING OF THE ORPHEUS SINGERS
TO BE HELD AT HADLEIGH METHODIST CHURCH – TUESDAY 2 NOVEMBER 2021
AT  7.30 PM

3.  MINUTES OF THE   ELEVENTH ANNUAL GENERAL MEETING OF THE ORPHEUS SINGERS,
Held on Tuesday, 9 July 2019 at Hadleigh Methodist Church.

This financial year is my tenth as Treasurer and what an interesting decade it has been! There have been highs and lows and times of great plenty and times when the bank account balance needed to be checked before a bill was paid. I am pleased that going into the period we have just experienced with no income coming in, we had a healthy balance in both the Choir’s current and savings accounts.

Our costs through this financial year – and it is worth remembering that it is May 2020 (our second month of the first Lockdown) to April 2021 (that is this year when we were coming out of our second – or was it third? – Lockdown!) – were very few. During this time there were no rehearsals costs, as our last rehearsal before the first Lockdown was Tuesday 10 March 2020 and rehearsals didn’t start again until 3 August this year. There were also no concert costs, because no concerts took place. Our only costs during this period, were maintaining the website, paying our professionals a reduced fee (which was agreed by the Trustees), paying for gratuities, paying for the Zoom singing sessions and membership fees which included insurance, membership of the National Association of Choirs and Information Commissioners fee.

Early on during the first Lockdown, as you will recall, it was decided that we would pause the payment of subs, because at that stage we did not know how long the Lockdown and restrictions would go on for. Hindsight – as they say – is a wonderful thing and I am glad that the Trustees made that decision and that members did not have to pay for something they were not receiving. Also at that point we had no idea that the Lockdowns and restrictions would go on for so long and that we would not return to rehearsing in person for nearly a year and a half!

So a very interesting financial year with few incoming and outgoing payments and although we are showing a small loss in the End of Year Accounts, I am pleased that we have got through it and been able to pay for the few costs that we had, without having to dip into our savings account.

Here’s to next year being a prosperous one!

The Trustees of the Orpheus Singers are responsible for all choir matters relating to the Charities Commission and the Data Protection Act.
Any queries should be directed to the Vice Chairman of the Charity who has accepted the mantle of responsibility for the administration procedures used to record and keep information.

The choir shall study and practice choral music under the direction of our Musical Director, David Clark, in order to foster public knowledge and appreciation of such music by means of public performance. We will also assist and support such charitable institutions or purpose as the committee from time to time determine.

The choir has not been involved in any activity during this period due to the COVID restrictions in place and membership subscriptions have been suspended.
The Trustees made a charitable donation on behalf of a member in honour of her memory.

Income for the choir comes from membership subscriptions and organising fundraising concerts. Outgoing monies are spent on purchasing music, choir running costs and putting on those concerts. Where there has been a surplus of income following a charity concert we have donated the surplus to that charity.

The organisation has clear regard to the public benefit of its charitable status:

– Planned full year of concerts for the local community and further afield.
– An open invitation for ladies wishing to join our choir; our current membership ranges in age from 25 to 85 years, so all are welcome.
– We welcome enquiries from members of the public who may wish to organise a concert for their charity or organisation.
– As a registered charity, the concerts performed throughout the year will enable significant funds to be raised for a variety of local, national and international charities.

The Trustees would like to say a huge thank you to the Committee and to our Musical Director David Clark and accompanist Janet Walker and all the members who help and support our choir behind the scenes. Our Assistant Musical Director Melody Wallace has left the choir and her position is vacant at present.
Finally to all the ladies who give their time and support to come together and sing, we could not do this without all of you.

Looking back, my last Concert Manager’s Report was for the AGM held on 9th July 2019. We have all been through such strange and extremely difficult times but, for me, returning to choir has kick-started a return to some sort of normality and brought great joy.

All, bar one, of the scheduled concerts for 2020 had to be cancelled but I felt it would be good to reminisce in this report on those we staged in the latter half of 2019 which have not as yet been reported on.

On the 29th June 2019 we staged a Summer Proms. Southend Band joined us with Sadie Nine as compere. In celebration of Armed Forces Day it was a rousing, patriotic and flag-waving event with plenty of audience participation. A retiring collection was in support of the Poppy Appeal by Leigh on Sea’s branch of the Royal British Legion.

Songs from Stage and Screen was the theme for our next concert on 12th October 2019. Our splendid guest soloists were Elizabeth Dunlop and Robert Little.

We held our 7th Festival of Remembrance in November, where we joined forces with both Southend Band and Southend Wind Orchestra and had all the attendant Military Personnel, Standard Bearers and VIPs. Special guests were Vision in Song, a delightful choir made up of visually impaired veterans from Essex and Suffolk.

Then, to round off the year it was our Christmas Celebration at Westcliff High School for Boys with Southend Band and the Old Chimers as our guests.

We managed just one concert in 2020 on 1st February. It was entitled Our Favourites where various choir members entertained in song and comic rhyme and the choir sang various favourites from our repertoire. A thoroughly enjoyable concert at Hadleigh Salvation Army Temple for both the audience and performers. Little did we know that we would be waiting another twenty months before staging another.

As always, I would like to say a big thank you to all who join me to assist in various capacities whenever we stage a concert. Thank you to those who help with the set up; the guys in the Front of House Team and those assisting with the refreshments; the publicity team, ticket and programme sellers; the technical support and finally those who assist with the clear up at the end. Thank you all, for your assistance and enthusiasm, you make all the difference.

I have just looked back on my last AGM Report – in 2019.  I see that I reported that we still “go on from strength to strength”, that “membership has been
maintained”, that “a steady (and inevitable) trickle of losses has been countered by a steady (and not inevitable, so especially welcome) trickle of gains”.

Now, towards the end of 2021 and despite all that the past 18 months have thrown at us, it is good to know that we still have that strength – we may have lost some members, others may still be waiting before they return but a surprising majority are back to rehearsals and we are back to singing in concerts.

Back in 2019 I also reported “a flow of new members, many of whom have come with choral experience”, I am pleased to say that here and now in 2021 this is still the case and I think that my 2019 recommendation that we should be more proactive in encouraging what I referred to as “trickle recruitment” is just as valid today. We don’t need a major recruitment campaign, but I would encourage the new committee to investigate and put in place a number of smaller initiatives that may enhance the flow of new yet experienced singers in our direction. If members have ideas as to what can be done then do pass them on!

Once again I extend my thanks to a Committee that is second to none! They continue to be a very significant part of our success as a choir – highly capable, confident & caring – and always a pleasure to work with. I would especially like to thank Margaret for all she has done through her years at the centre. I am looking forward to working with Daisy as Chair. I would like to take this opportunity to thank Melody for all she brought to the role of Assistant MD and I do hope that we will see her back with us as soon as other demands on her time allow. Of course, my thanks and appreciation go yet again to Jan – we are indeed fortunate to have her at the piano!

It’s been two years since I last wrote a report for the choir, what a couple of years it’s been!

Who could have imagined what would happen in 2020 and the continuing effects of COVID on our lives today. Some of us have dealt with such sad losses during this time.  I hope our choir ‘family’ has helped ease the pain.

I am in awe of the choirs’ resilience and ability to ‘get on with it’ and the enthusiasm shown when we started singing together again.

I can only think positively for the future and I know the choir will continue to strengthen and be successful.

There are so many people to thank for all the hard work behind the scenes over the past couple of years, David Clark, Janet Walker, Melody Wallace, Marion Orchard, Kathie Curtis, Pat Allen, Linda Martin, Chris Welbourn, Mo Harding, Margaret Gabe, Marilyn Jasper and Carole Dayer.

I have been chairman for three years and vice chairman for seven years before that.  I feel it’s now time for new blood to take the choir onwards and upwards and have decided to stand down.  I have thoroughly enjoyed my time as Chairman; I couldn’t have done it without the help and support of our wonderful committee and all the lovely ladies of the choir. A huge thank you to each and every one of you. I know you will show the new chairman as much love and support as I have felt and I wish her every success in the role. 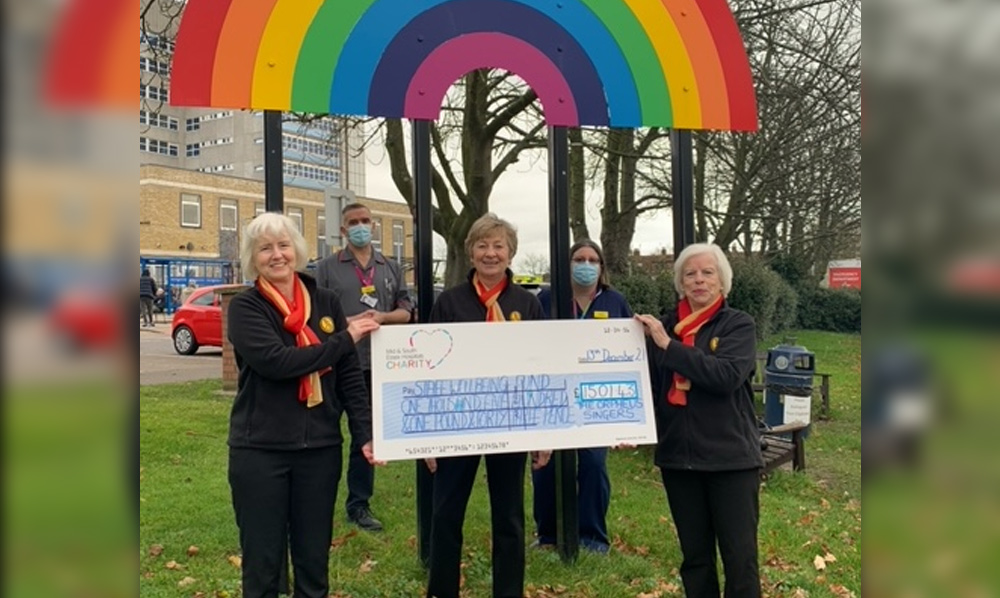 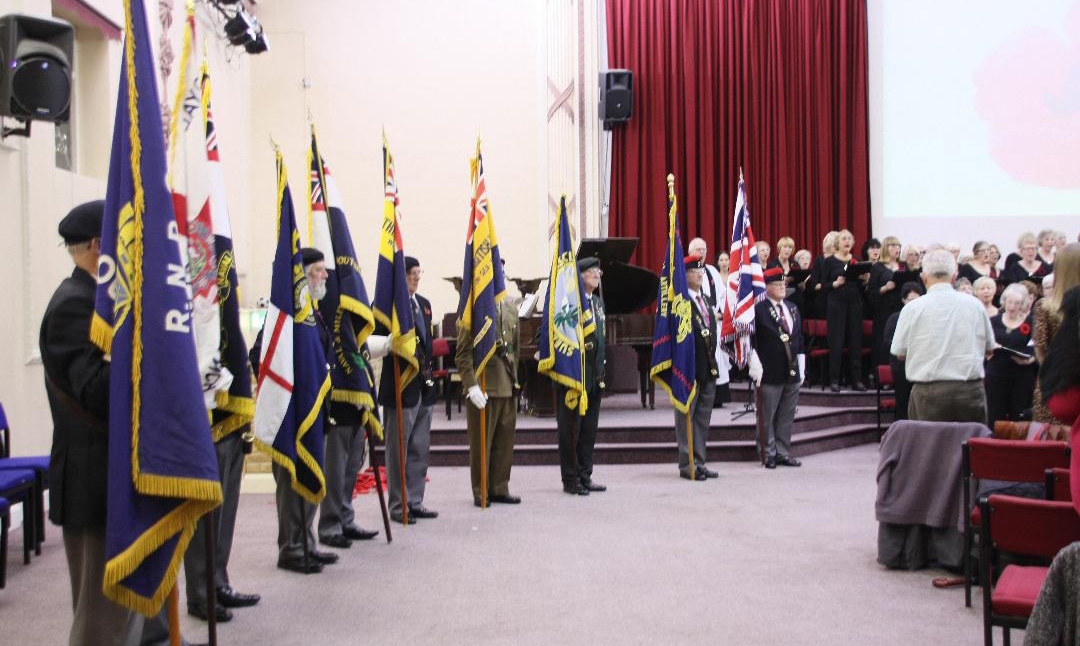 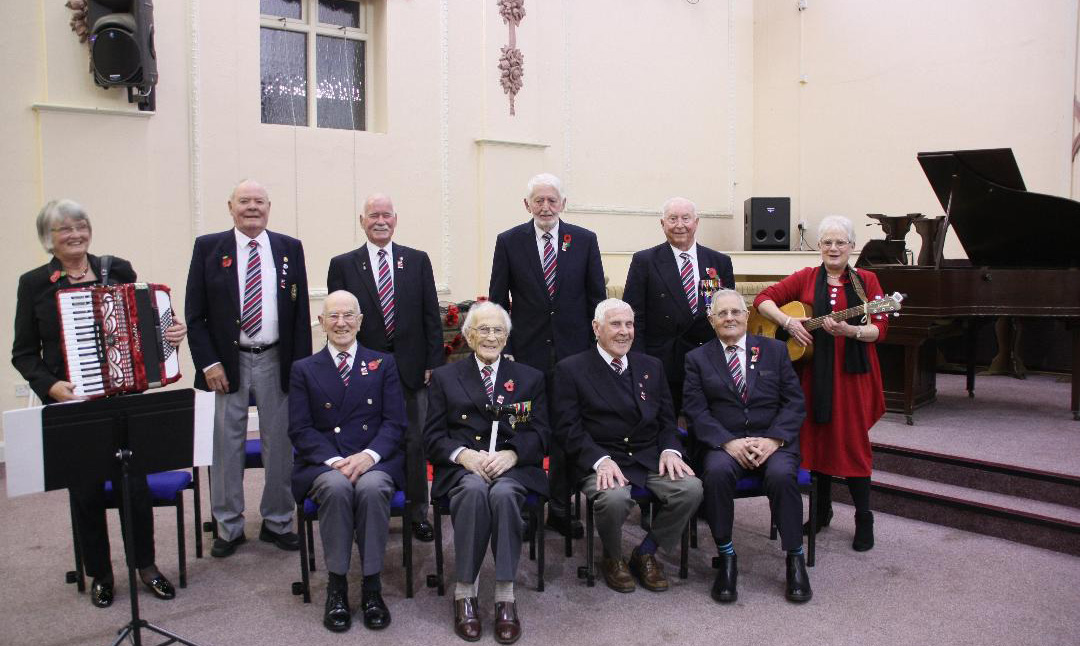 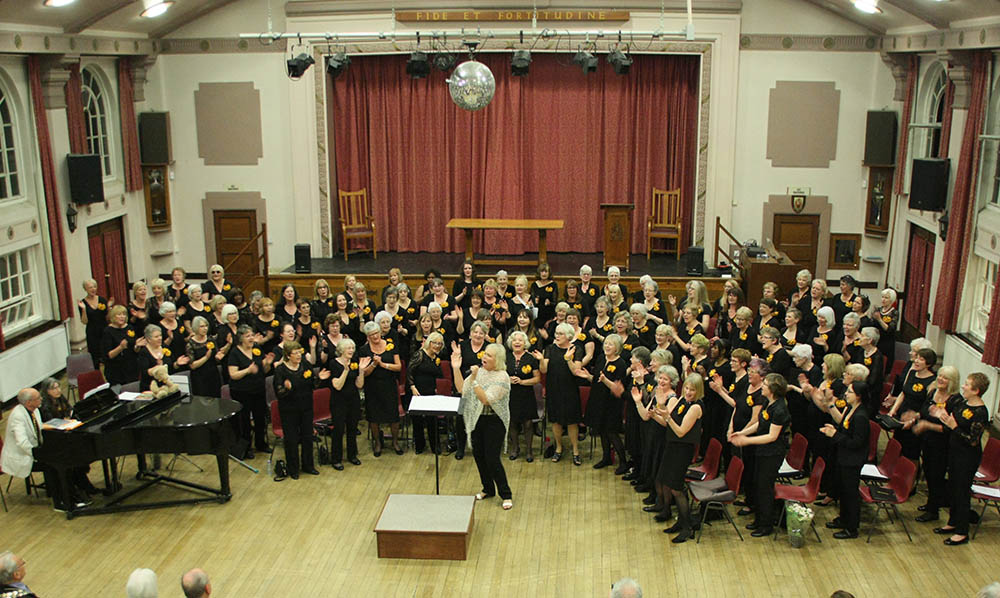 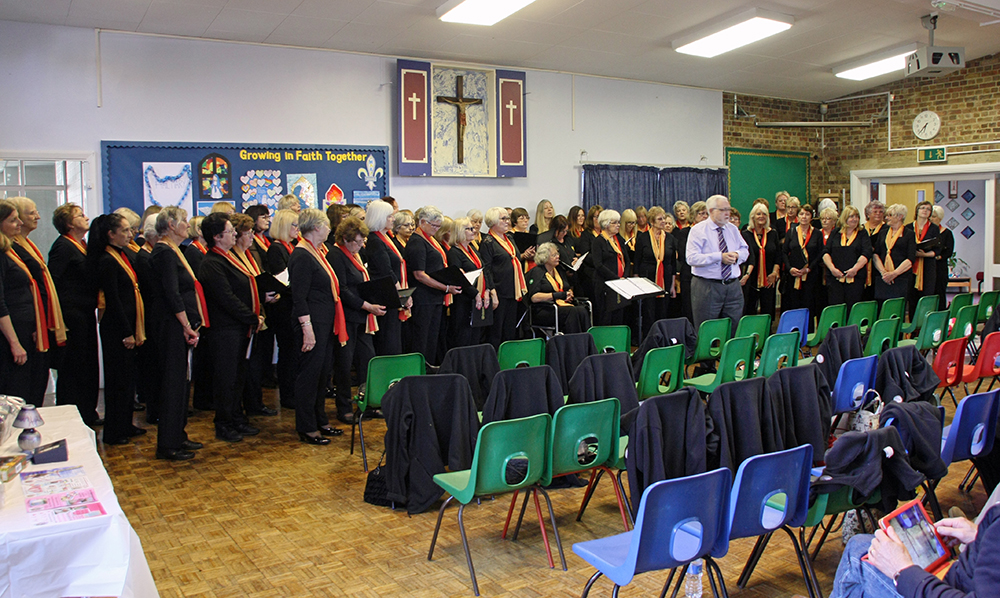 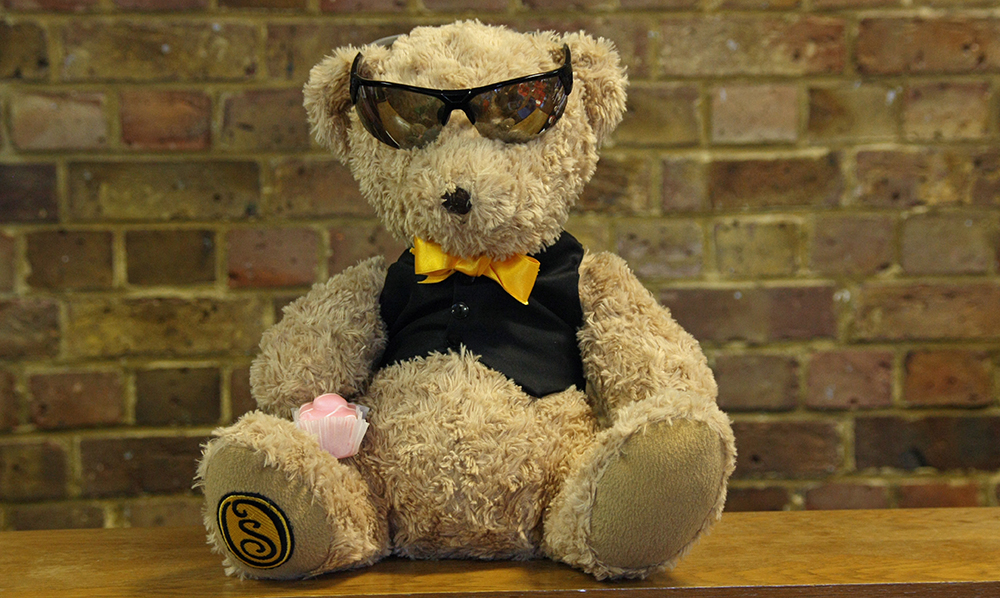 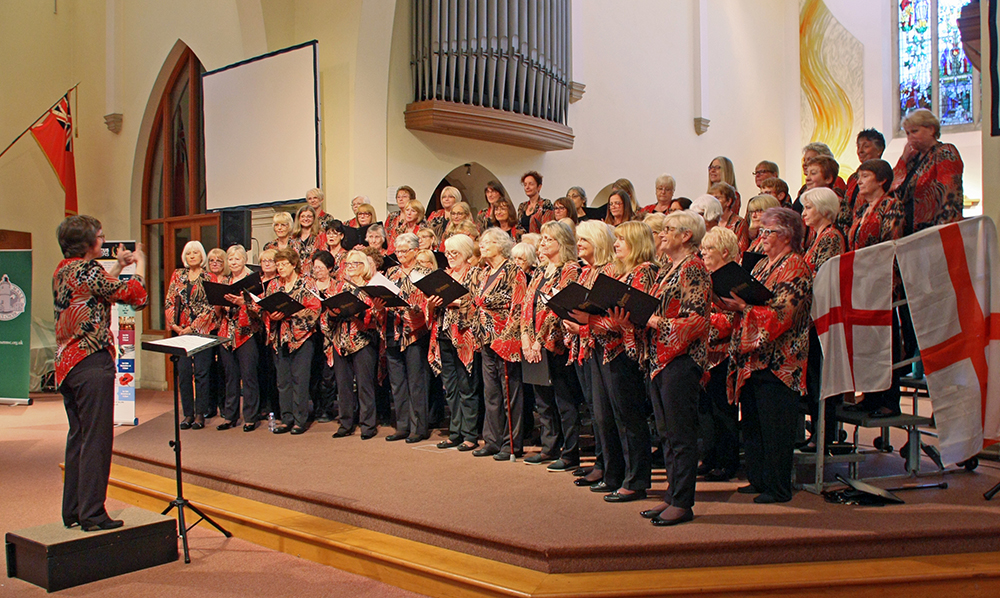 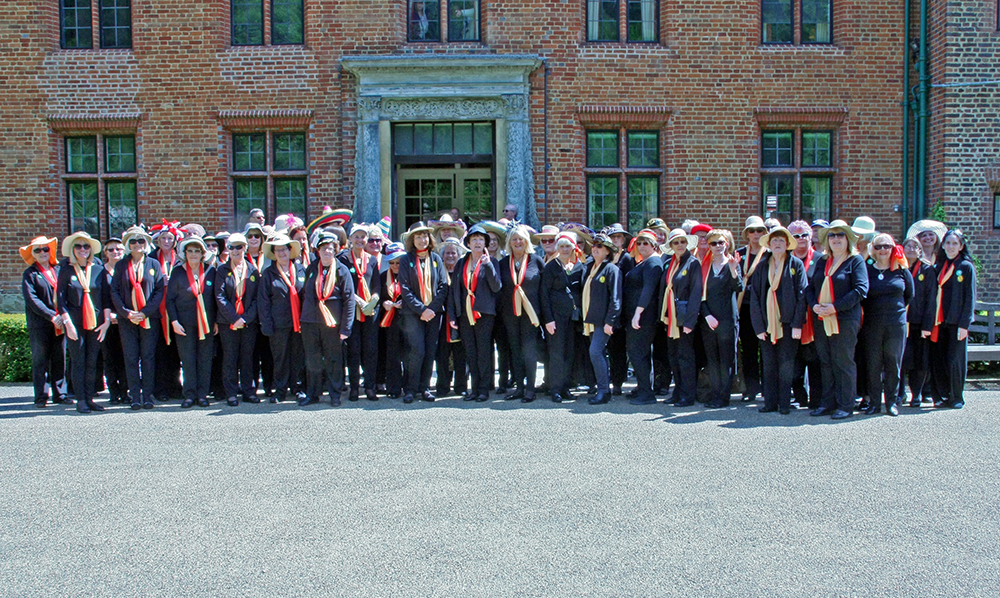 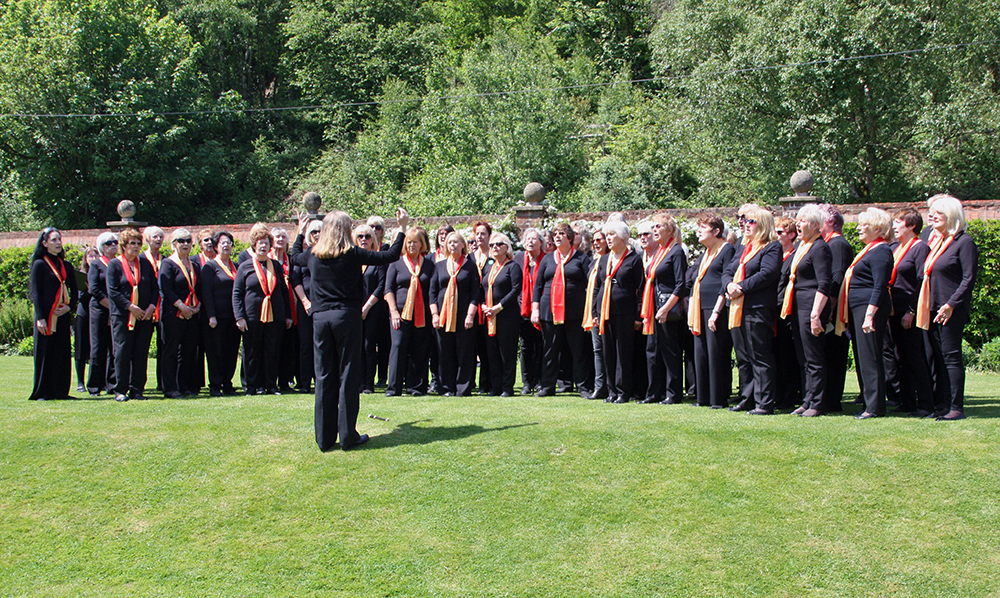 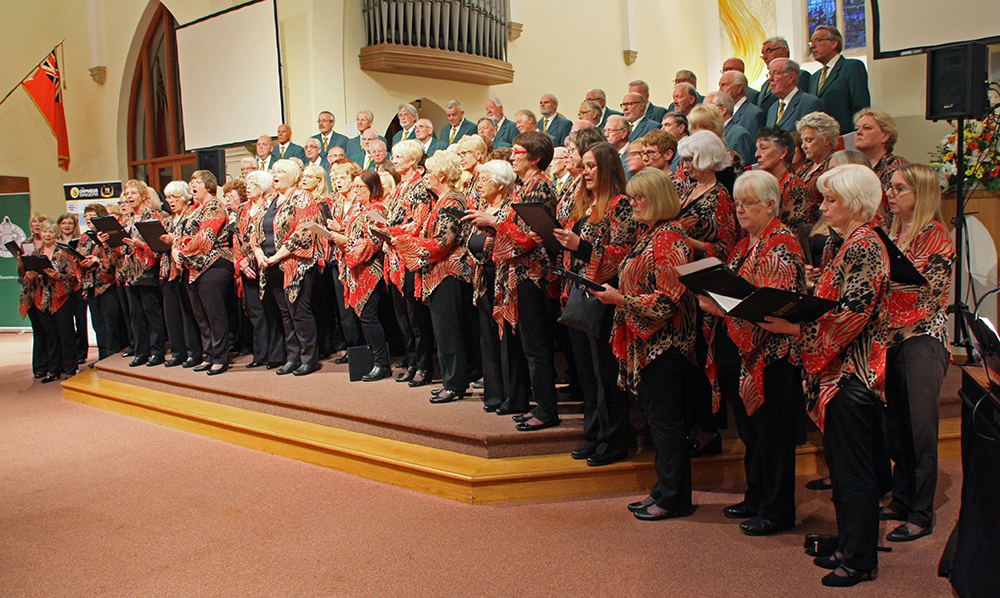 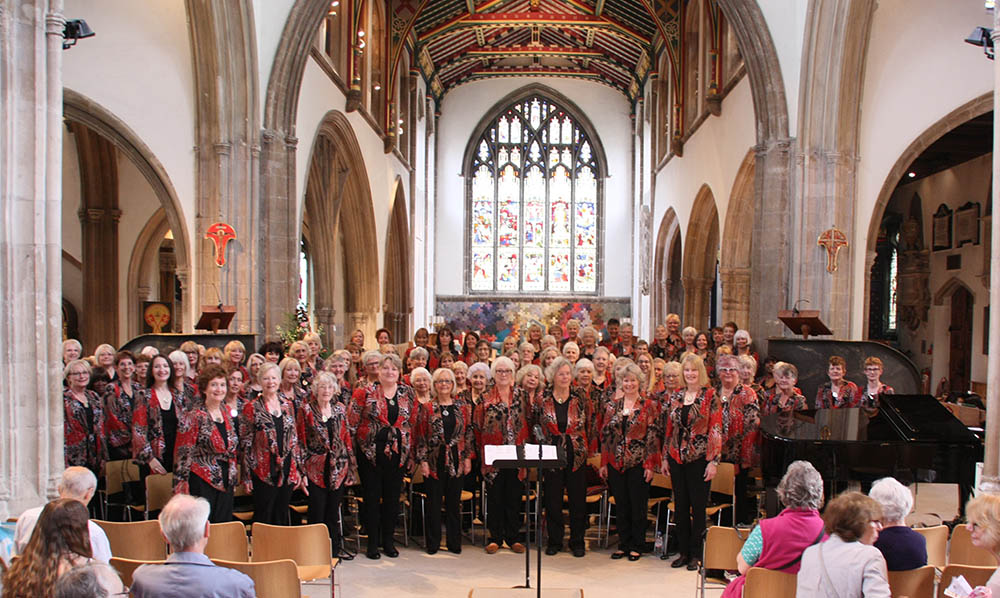 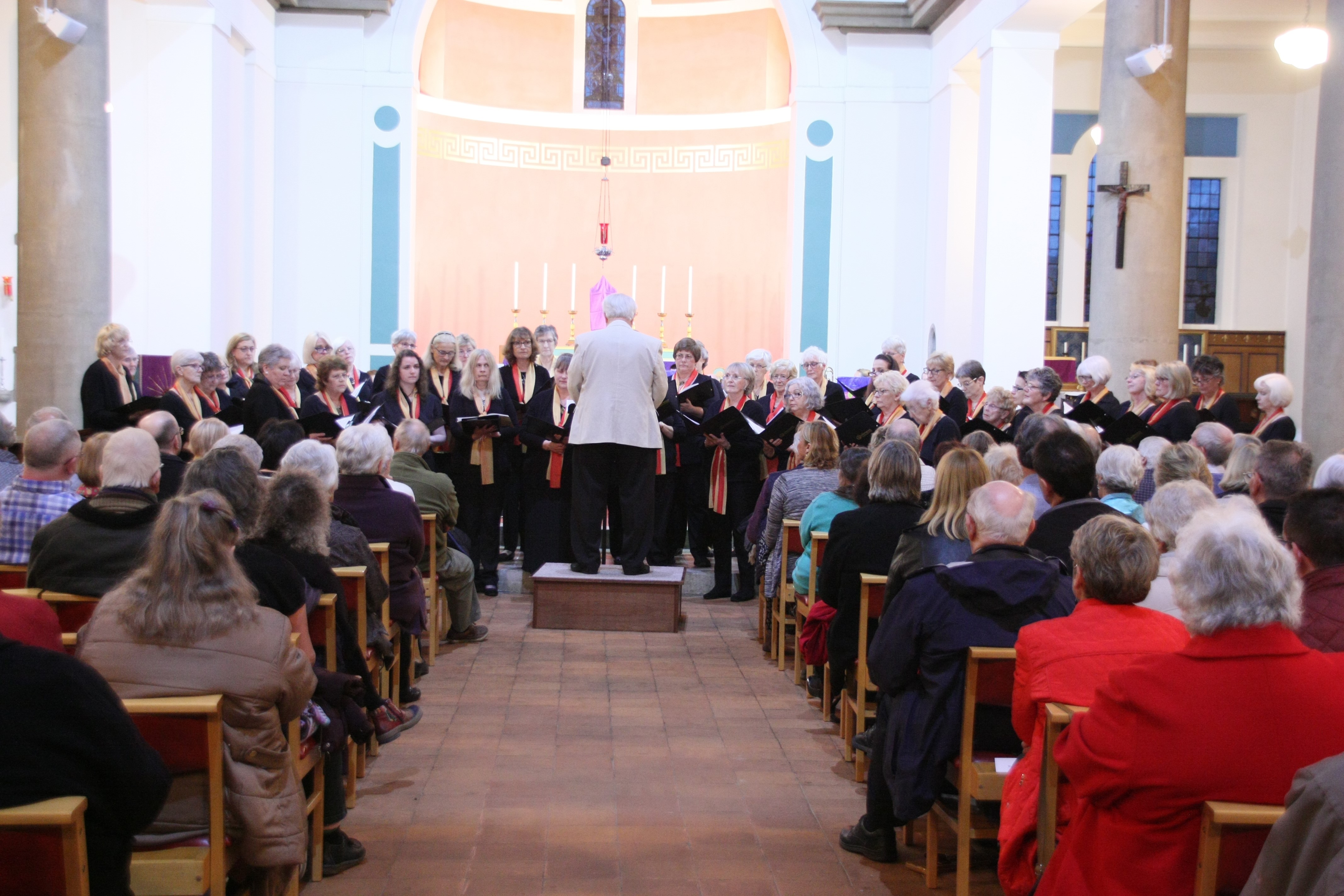 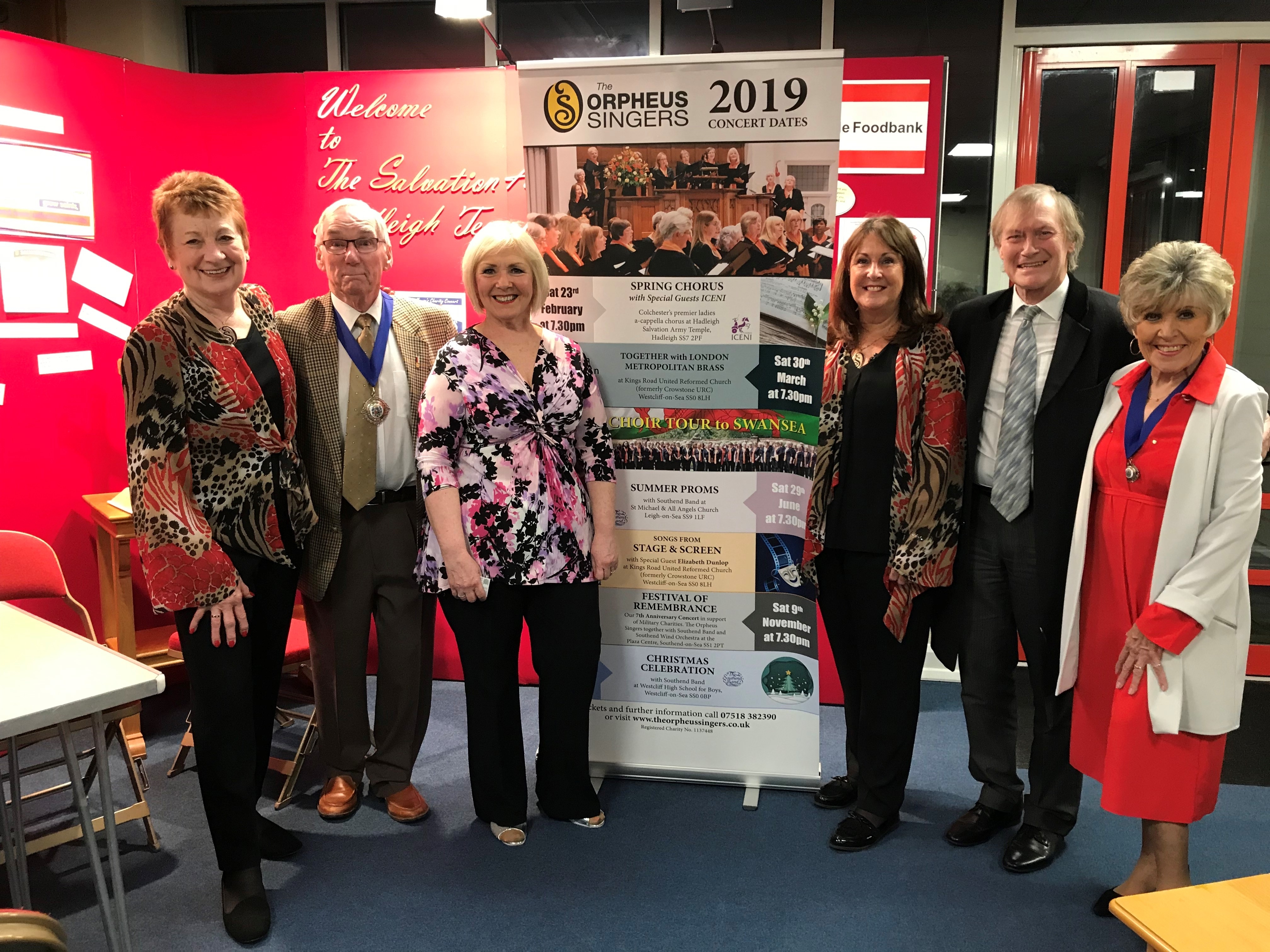 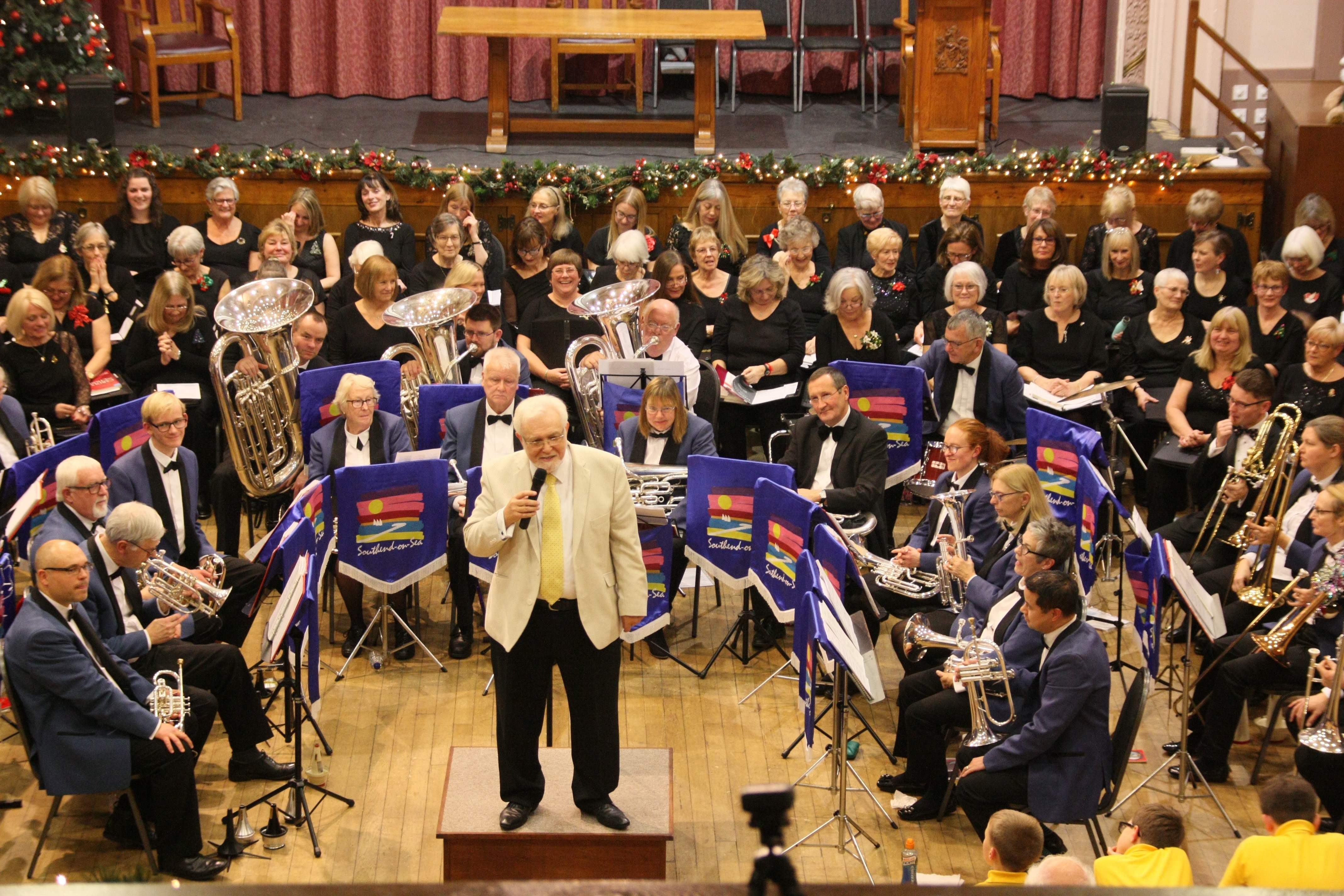 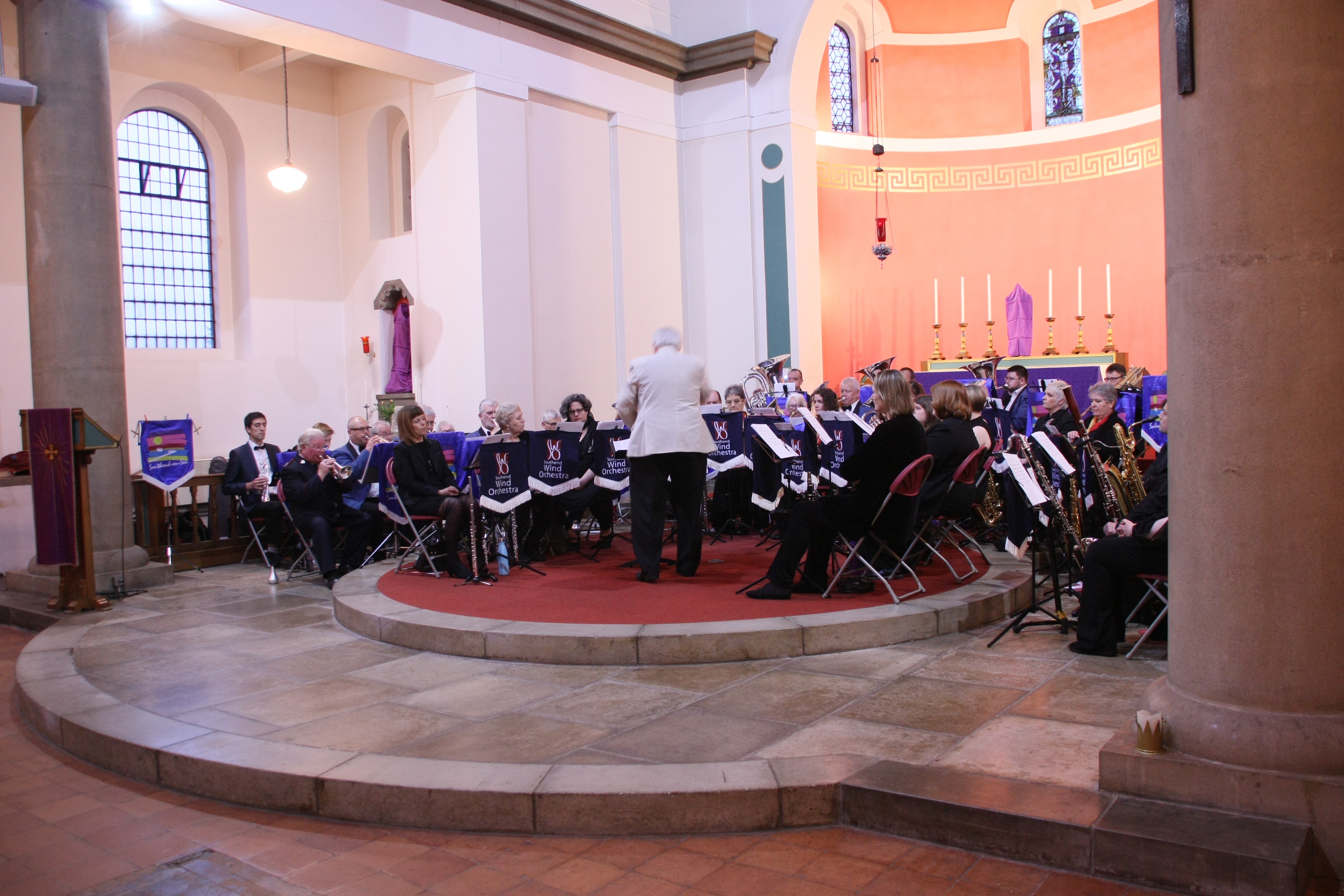 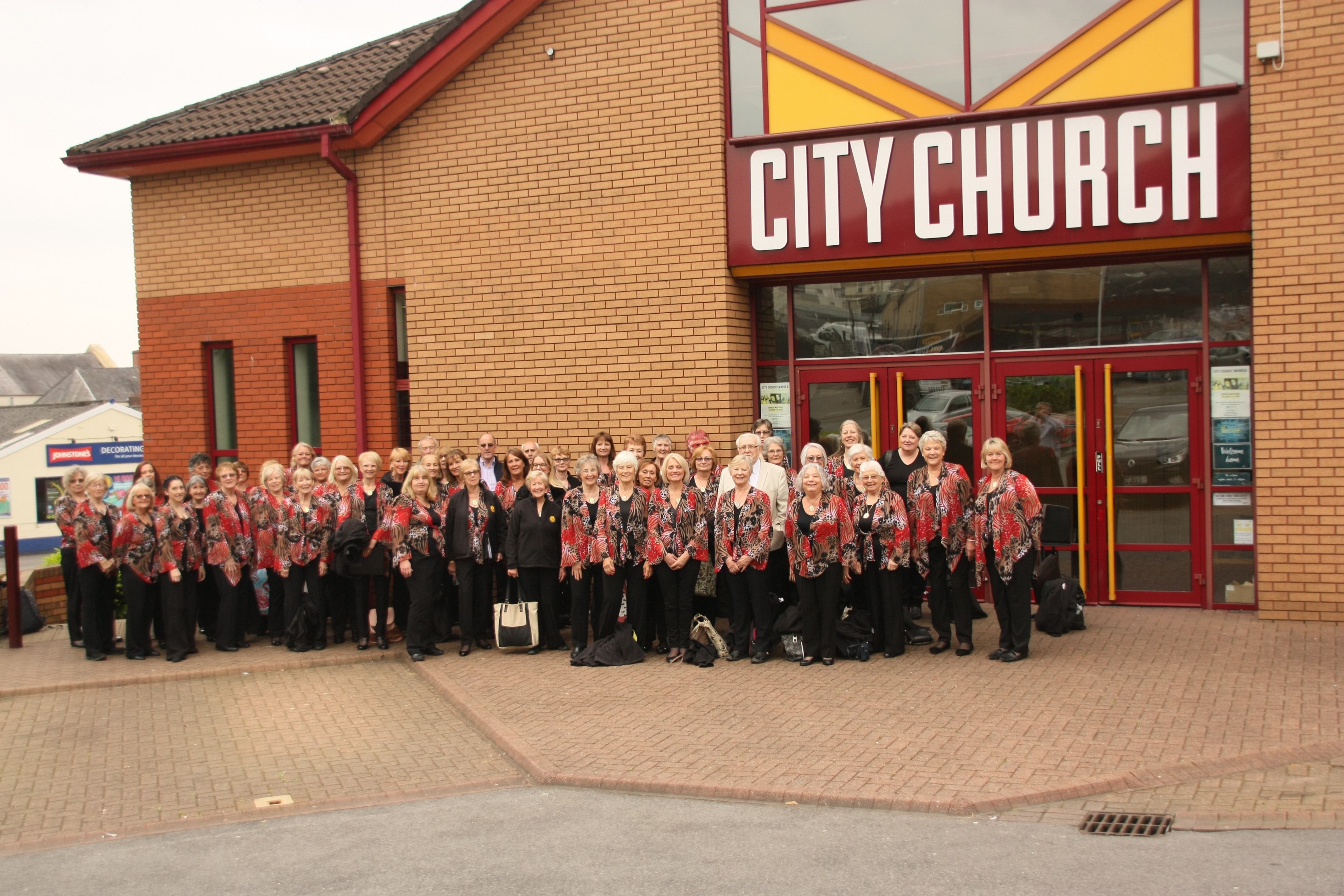 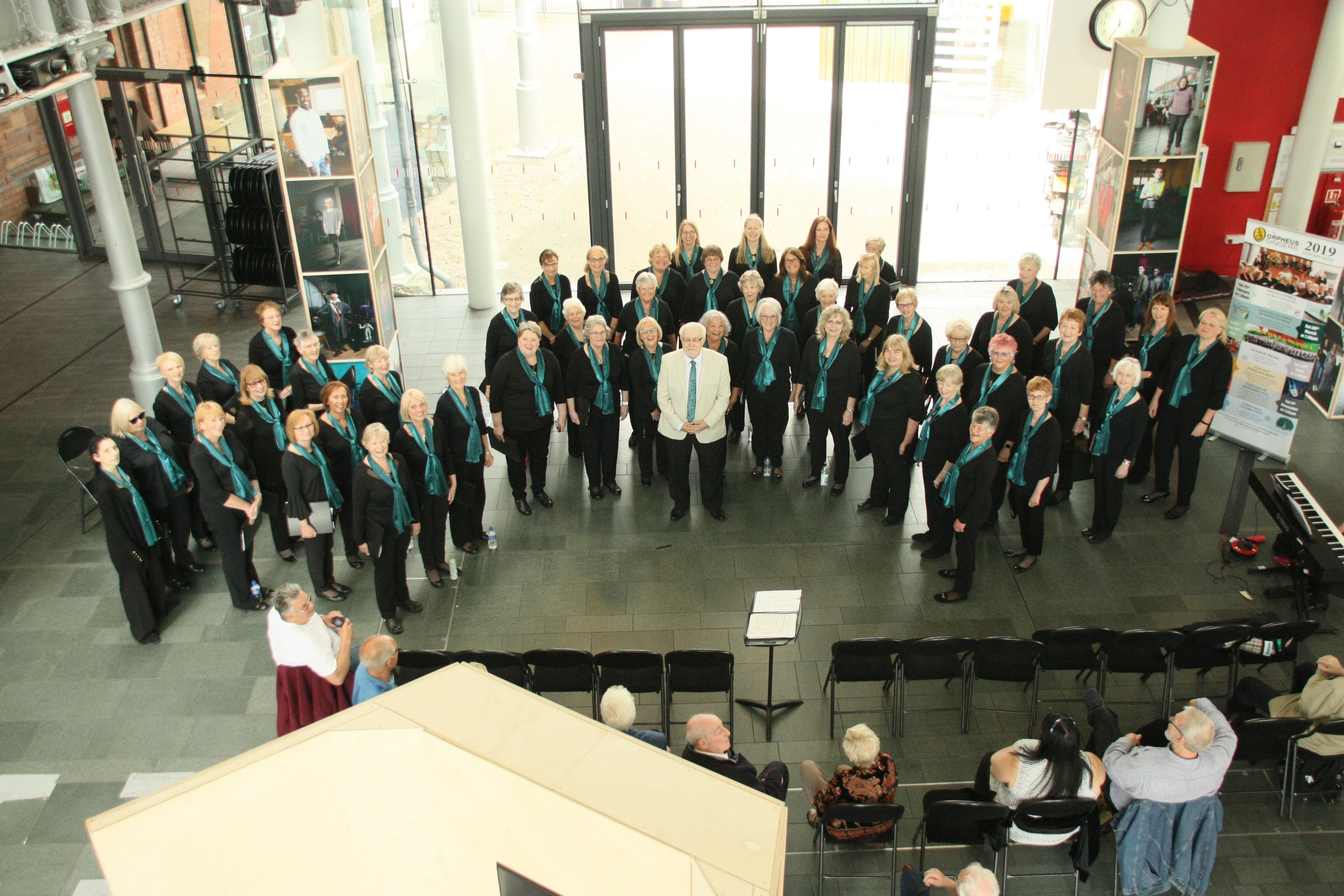 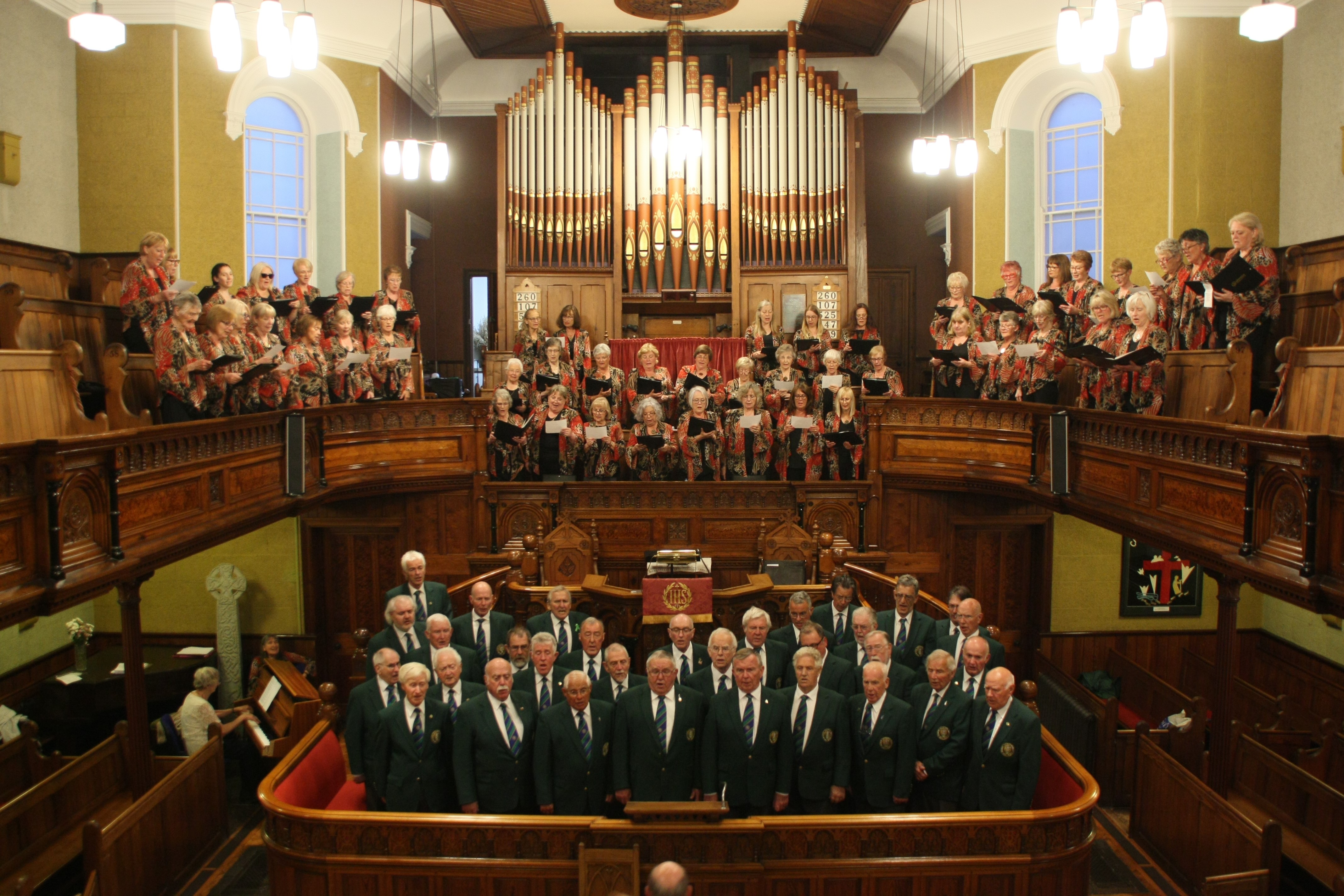 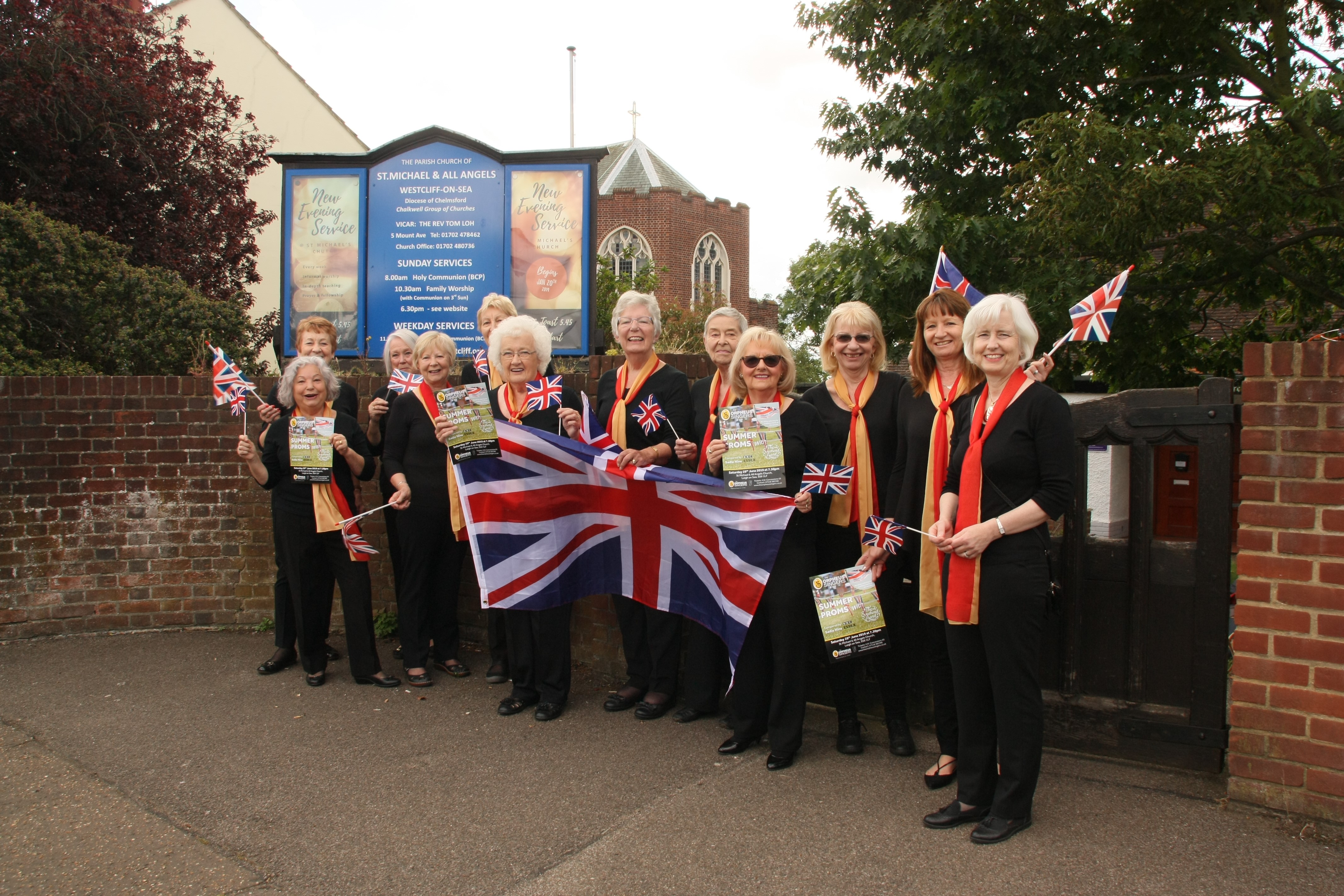